Here are the first three triangles, all with side length 1.

Next, place an equilateral triangle with side length 2 on the bottom of the figure. 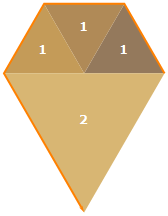 The next triangle also has side length 2, and the one after that has side length 3. The orange arrow following the outer edge of the figure is starting to look like a spiral. 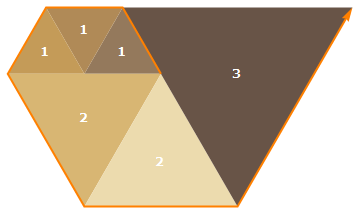 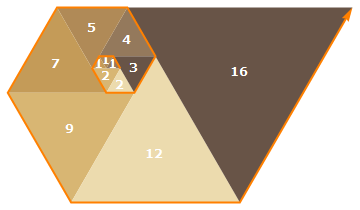 Starting instead with a unit square, place another unit square next to it. At each stage, moving counterclockwise around the figure, construct a square with side length matching the current side of the resulting figure. The square side lengths match the Fibonacci numbers, traditionally defined with the relation Fn = Fn−1 + Fn−2, with initial conditions F1 = F2 = 1. 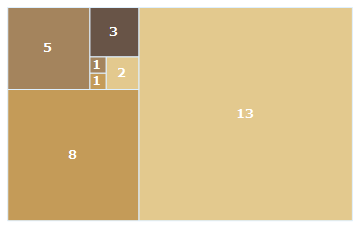 A similar process can be carried out in three dimensions, beginning with two 1×1×1 cubes: continue around the figure, placing cuboids to the left, back, top, right, front, and bottom (in that order) of each step of the resulting figure. At each stage, the large cuboid side lengths form the Padovan spiral number sequence we saw above with triangles. 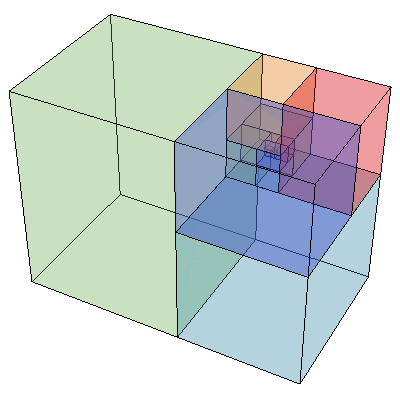