In combinatorics, the pancake-cutting problem is determining the maximum number of pieces into which a pancake can be divided by n straight cuts with a knife. This is not what we’d call a real-world problem.

Here’s one way that maximum counts of pieces for 1, 2, and 3 slices could appear. 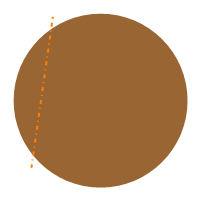 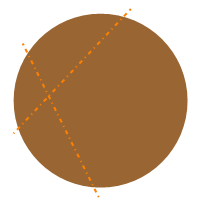 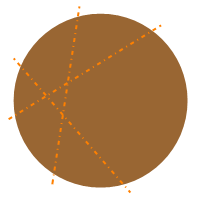 Unlike the real-world pancake-cutting problem, nobody says the pieces have to be the same size. I’m positive that people have figured out interesting arrangements of slices, such as how to make the areas of each piece as close as possible, but I haven’t been sleeping, so not really up to verifying that right now [1].

Once we notice that, as in the figures above, we might notice that each segment of a new slice divides one existing region into two pieces. 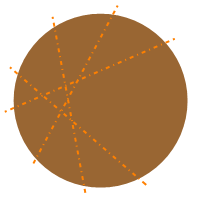