Begin with an N shape made by connecting four points at the corners of a square like this: 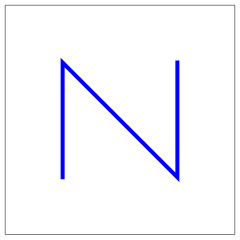 Next, make a copy of the whole figure at each corner of the N shape: 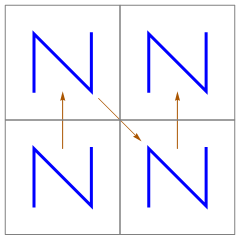 Finally, connect the last point of one figure with the first point of the next, where “last”, “first”, and “next” are relative to the initial order of the points: 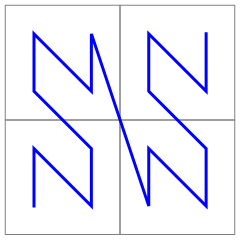 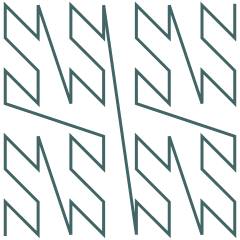 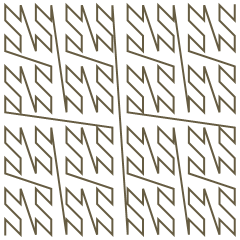 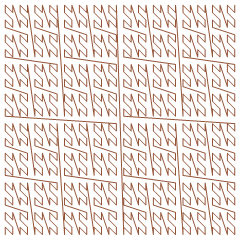 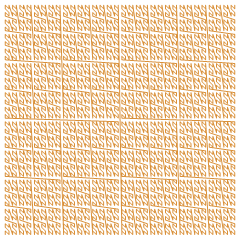 (I must be doing this sideways, since some references call this the z-order curve.) 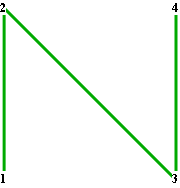 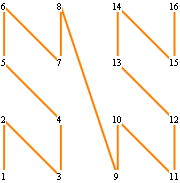 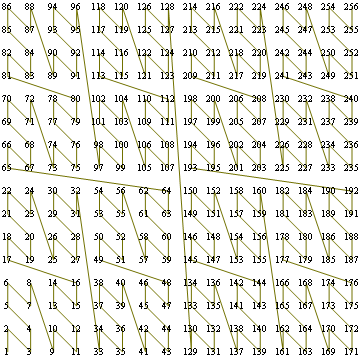 Of course, there are other ways to connect the initial four points and to arrange subsequent figures. The following figures show the evolution of quasi-Lebesgue curves generated by the other possible arrangements.

Alas, randomizing the order of arrangements at each step doesn’t seem that interesting, either: 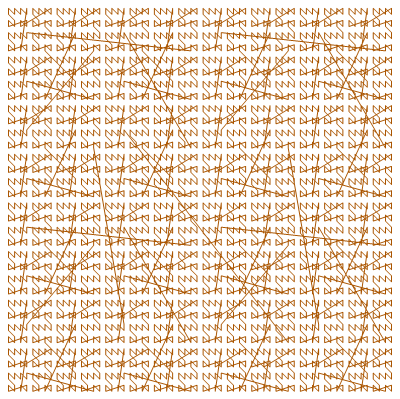 You might enjoy the 3D version of the same thing.