In 1968, Professor Gonzalo Vélez–Jahn (Universidad Central de Venezuela) discovered three-dimensional bodies with Möbius strip–like characteristics. Specifically, a trajectory along the cube faces behaves as if it were on a one-sided Möbius strip, in the sense that the end of the path will touch all of the polyhedron’s faces and eventually meet its beginning.

As a non-example, here’s a torus made of cubes. 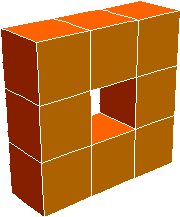 The figure has four faces (with two, plus a bit of a third, highlighted with arrows). 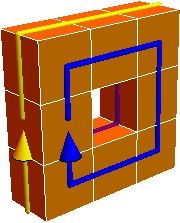 However, introducing various twists results in a figure with a single face, in the Möbius strip sense. Here’s a single-sided figure made of 10 cubes: 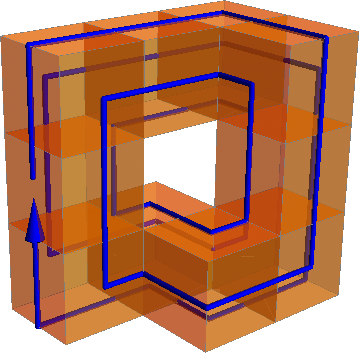 Or the same thing with a color gradient showing the path instead of an arrow: 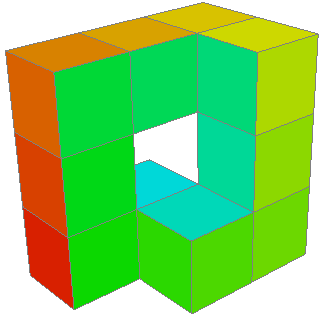 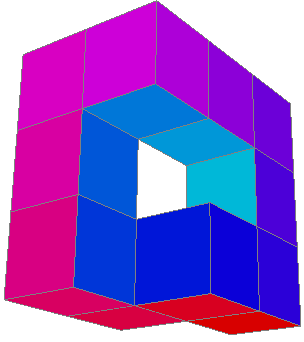 When you slice through the cubes, you still have a connected figure: 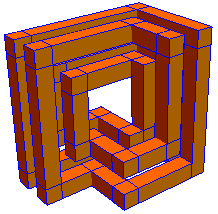 The sliced figure is also one-sided, as it turns out: 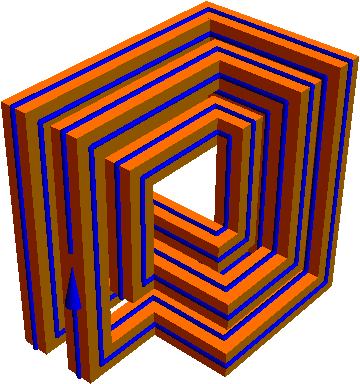 To run it into the ground, here’s a second slice: 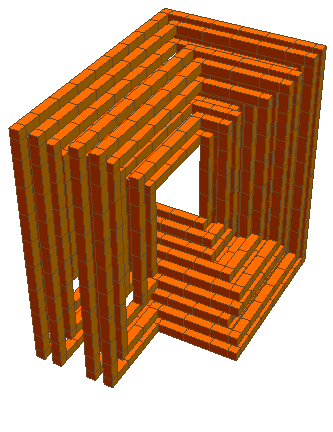 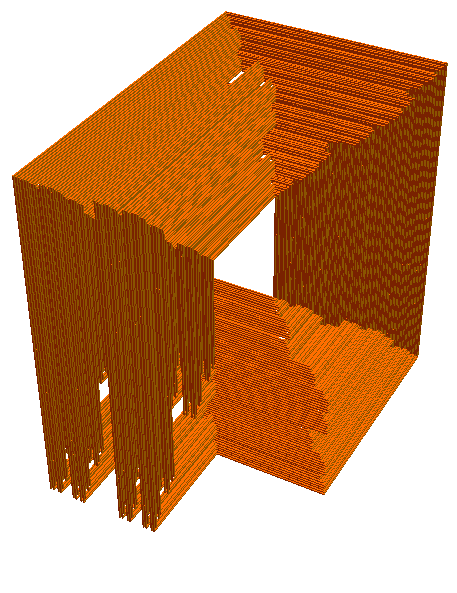 Funny enough, a slice through the figure parallel to one of the axes looks like Cantor dust. 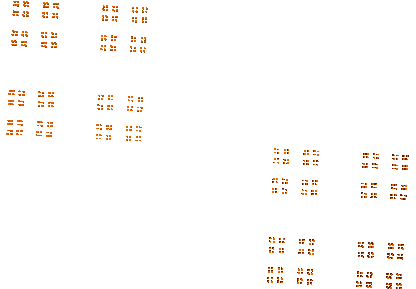 While we’re at it, a 22-cube single-sided figure: 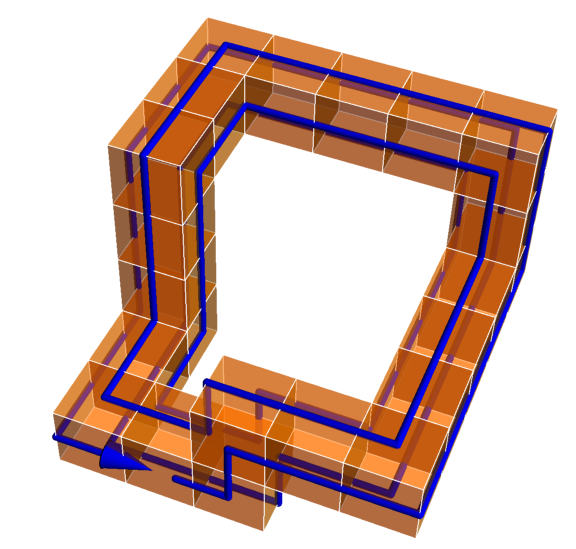 Here it is, sliced: 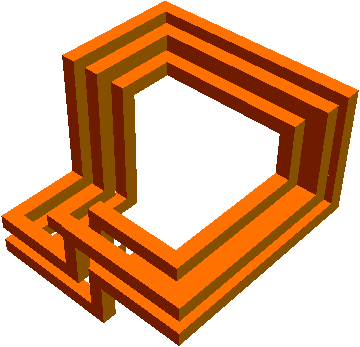 By introducing more twists, we can create a two-sided figure: 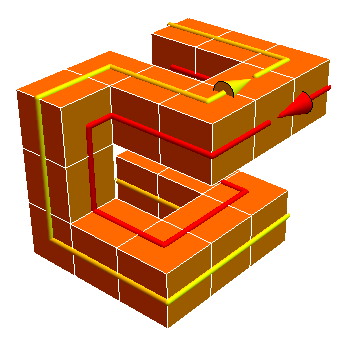 Sliced. I’d hoped this would result in a disconnected figure, but nope: 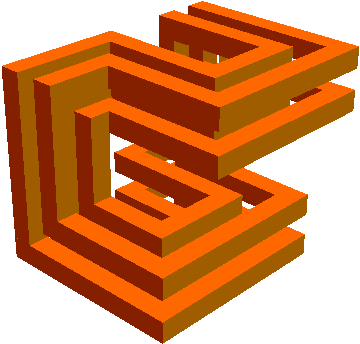 Without whom not: Professor Gonzalo Vélez–Jahn, Luis Vélez, and Roger Bagula.